This is a most excellent presentation from Judge Napolitano on natural law, history, and unalienable rights following a brief intro from Glenn Beck. Freedom Watch is now the #1 Show on Fox Business Network as reported by the Daily Paul Liberty Forum here and according to Glenn Beck in the first few seconds of this video on theRightScoop.

The video is 31:30 minutes and well worth the time investment. The Judge brilliantly answers the age old question “Where does freedom come from?” and articulates well the debate that ensues from that dialogue – limited government vs big government!

‘Ron Paul is Awesome’@Daily Paul says “Watch the whole video though. Phenomenal speech by The Judge. Starts off slow but he gets totally fired up by the end. Good to see him educating the masses about the evils of the Patriot Act too.”

In closing Judge Napolitano says “On the 17th of July in the year of our Lord Two Thousand and Ten, thousands of people who are the salt of the earth assembled in a beautiful arena in Salt Lake City Utah to celebrate the meaning of history and understanding of human freedom.  Five years from now will there be anything worth celebrating? [pause] The answer is YES! In the long history of the world [applause] in the long history of the world, only a few generations have been granted the role of defending freedom in its maxim hour of danger.  You are that generation!  That is your role, this is that moment.  Thank you and God bless you!” [could not see the crowd, but suspect a standing ovation followed] 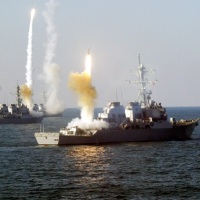