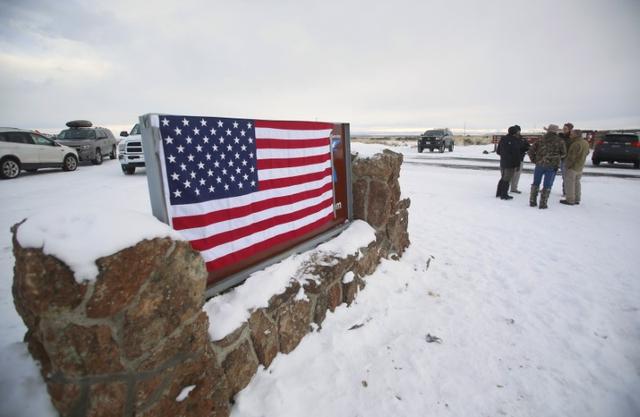 A U.S. flag covers a sign at the entrance of the Malheur National Wildlife Refuge near Burns, Oregon, January 3, 2016. Reuters/Jim Urquhart