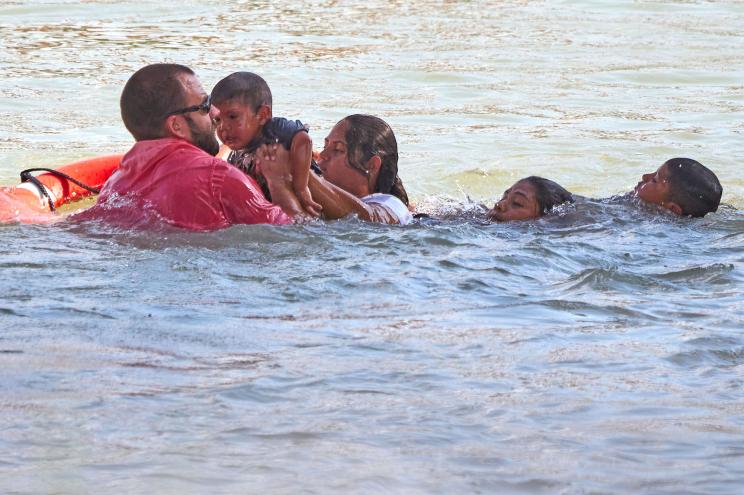 Migrants attempting to cross the Rio Grande River were rescued by a member of the Texas Department of Public Safety (pink shirt) on July 21. James Keivom

If you’re a taxpayer — in New York or anywhere in the US – you’re getting scammed by groups like United Way, Catholic Charities and the Central American Refugee Center (CARECEN). You may think these are charities. Truth is, these groups are hauling in millions in taxpayer dollars — your money — under government contracts to facilitate illegal immigration.

It’s money laundering. Democratic politicians want to maximize illegal immigration, but they don’t want their fingerprints on it. The remedy: pay so-called charities that will do the work for them. Who’s in on this scam? President Joe Biden, and politicians across the country including Gov. Kathy Hochul, DC Mayor Muriel Bowser and our own Mayor Eric Adams.

Even before crossing the border, migrants still in Mexico are being handed debit cards loaded with $800 a month to enable them to pay for necessities. The gift cards are distributed by the non-profit Organization for Migration, thanks to money provided by the US State Department.