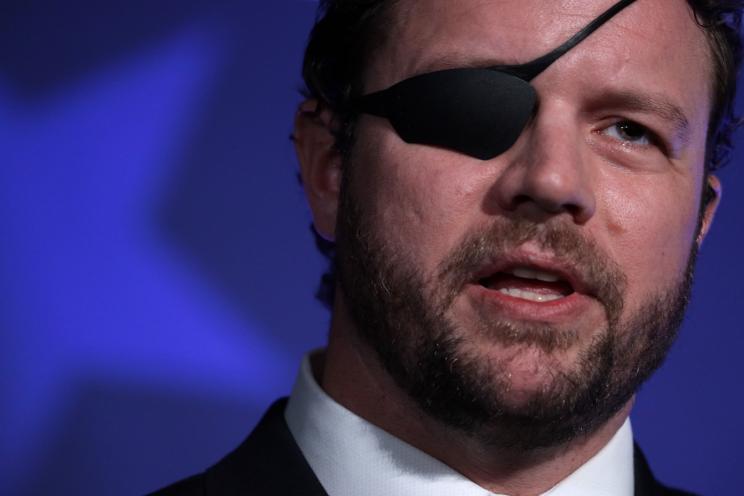 Dan Crenshaw’s support for economic relief for Ukraine was blasted by the far-right activist group the Proud Boys.Getty Images

Rep. Dan Crenshaw and his staff were accosted and forcefully challenged by far-right provocateurs including members of the Proud Boys at the Republican Party of Texas Convention Saturday.

The Texas Republican was berated as “Eyepatch McCain” and “a globalist RINO [Republican in name only]” by conspiracy theorist podcast host Alex Stein, who jostled with members of Crenshaw’s entourage at a Houston convention center, footage posted by Stein and others showed.

As other people followed the group and shouted things like “You sold us out” and “You’re a traitor,” Stein was involved in a skirmish with Crenshaw’s team. A man in a tan suit was pushed against a wall during the incident and stumbled backwards.