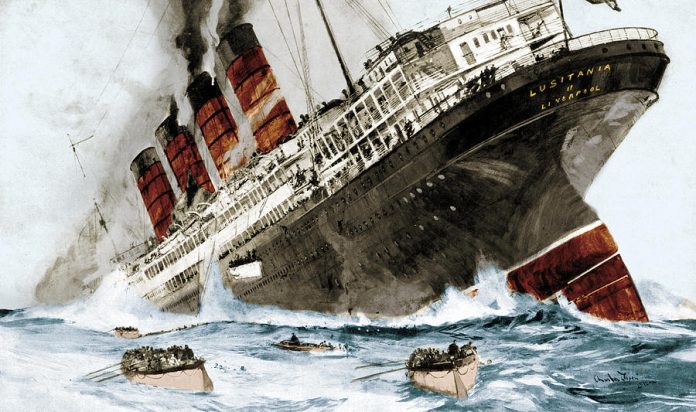 $40 billion is still a great deal of money – even in the Biden Thing’s America. Except it’s not going to help Americans. Rather, the Biden Thing has taken $40 billion out of the pockets of Americans, to finance all-but-war with nuclear-armed Russia by arming and abetting Ukraine.

Some 108 years ago, the government of Woodrow Wilson and the arms peddlers and financial interests behind Wilson wanted war with Germany – something few if any Americans wanted as they’d be the ones paying for it, in blood and treasure. To drag them into what was then styled the “war to end all wars,” Wilson’s government colluded with Britain’s government and the interests that owned both of them to arrange a pretext. A passenger liner called the Lusitania was loaded with war materiel and provocatively sailed into the war zone. The Germans rose to the bait. A submarine fired a couple or more torpedoes into the Lusitania’s flanks and she quickly sank – resulting in the drowning of about 1,198 “innocent civilians,” which they were.