The most shocking thing about Twitter’s ban of Marjorie Taylor Greene, the first national US politician since Donald Trump to be de-platformed, was the lack of outcry about Big Tech’s self-appointed role as the arbiters of truth. 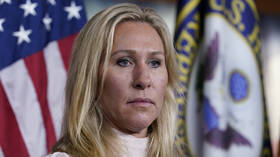 Shockingly, the permanent suspension of hard-right Republican Marjorie Taylor Greene from Twitter and her temporary suspension from Facebook does not appear to shock us anymore.

What is at stake here is far more critical than one congresswoman spreading nonsense on social media. The precedent set a year ago, where unaccountable Big Tech simply banned an elected president from the public square, has morphed into a new reality: unaccountable tech barons have become the judge and jury of political debate and what is true or not in society.