Behind the veil of the protest movement: The war on the American public is gaining pace.

Tucker Carlson is right, the protests and riots are not a momentary civil disturbance. They are an attack the Constitutional Republic itself, the heart and soul of American democracy. The Black Lives Matter protests are just the tip of the spear, they are an expression of public outrage that is guaranteed under the first amendment. But don’t be deceived, there’s more here than meets the eye. BLM is funded by foundations that seek to overthrow our present form of government and install an authoritarian regime guided by technocrats, oligarchs and corporatists all of who believe that Chinese-type despotism is far-more compatible with capitalism than “inefficient” democracy. The chaos in the streets is merely the beginning of an excruciating transition from one system to another. This is an excerpt from an article by F. William Engdahl at Global Research: 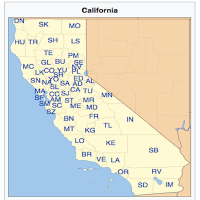