Rather than burning and looting, protesters should turn their ire on lawmakers and judges who facilitate police immunity.

The brutal Minneapolis police killing of George Floyd has sparked violent protests, looting, and arson attacks in Minneapolis and St. Paul. A police precinct building was torched and destroyed and the Minnesota National Guard has been called out to restore order. But the killing in Minnesota is the latest reminder that politicians and judges–through federal law and judicial interpretation–have turned police into a privileged class that is most often unaccountable, if not entitled to oppress other Americans.

Almost everyone agrees that Floyd’s death was a horrendous injustice. President Trump, who urged police officers in 2017 to not “be too nice” to suspects they arrested, condemned what the police did to Floyd as “a very bad thing.” Former Minneapolis police chief Janeé Harteau said that the video of Floyd’s killing was “the most horrific thing I’ve seen in my career and in my lifetime.” Washington, D.C. Police Chief Peter Newsham declared that the officers’ actions were “nothing short of murder.” Derick Chauvin, the police officer who killed Floyd was arrested today and charged with murder; he and three other police involved in Floyd’s death were fired earlier this week. 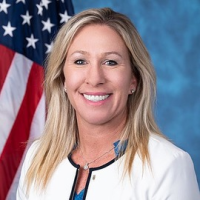