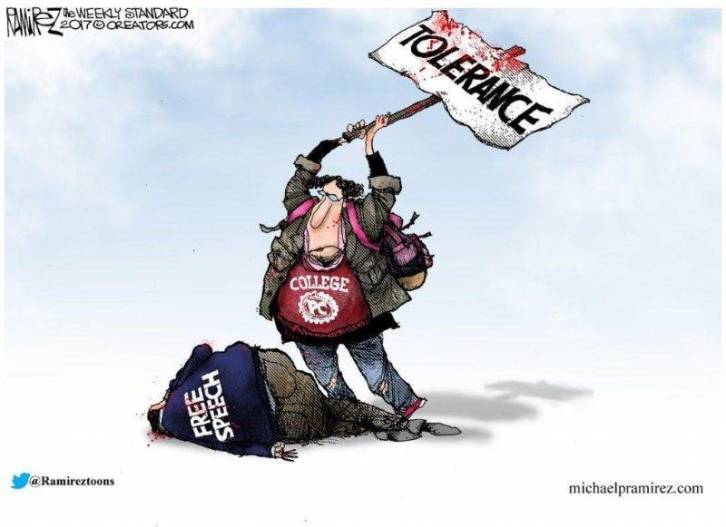 In an April 15 Boston Globe article entitled “A Message to All Professional Thinkers: We Either Hang Together or We Hang Separately,” historian Niall Ferguson described the now-routine “outing” of conservative professors at American Universities by the hard-Left Marxists who control most of them.

The usual procedure is to first lie about something the conservative (or libertarian) supposedly said to whip a “Twitter mob” into a hateful frenzy. The local media then pick up on it and pile on. Spineless faculty “colleagues” either cower in fear or join the mob by signing a petition to curry favor with the administration (to increase their chances of another 1 percent pay raise).