And there are few better examples than Ukraine—just don’t tell the House impeachment hearings. 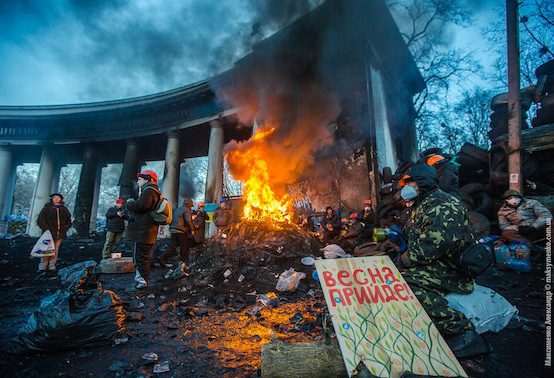 Barricade with the protesters at Hrushevskogo street on January 26, 2014 in Kiev, Ukraine.Sasha Maksymenko / cc

Counting on foreign aid to reduce corruption is like expecting whiskey to cure alcoholism. After closed House of Representatives impeachment hearings heard testimony on President Trump’s role in delaying U.S. aid to Ukraine, Senate Majority Leader Chuck Schumer declared: “Numbers don’t lie. It’s even more clear now that President Trump is not the anti-corruption crusader he claims to be.”