Armageddon on the Horizon?

Trump supporters should let Trump hear from them as he is about to commit the United States to a war of Israel’s choosing. A mutual defense treaty between the US and Israel would give Israel the ability to commit the US to a war in Israel’s behalf.

Remember history. It was British prime minister Chamberlain’s guarantee to Poland that started World War II. The idiot British lost control over their own policy and gave it to a crazed and irresponsible Polish military dictatorship. 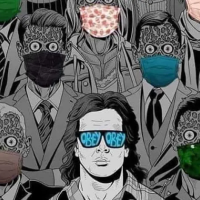