Taxpayers are welcome to pay vast sum for their maintenance and construction but that doesn’t mean they, or their Congressmen, actually get to know where their money is going

The U.S. military is finally withdrawing (or not) from its base at al-Tanf. You know, the place that the Syrian government long claimed was a training ground for Islamic State (ISIS) fighters; the land corridor just inside Syria, near both the Iraqi and Jordanian borders, that Russia has called a terrorist hotbed (while floating the idea of jointly administering it with the United States); the location of a camp where hundreds of U.S. Marines joined Special Operations forces last year; an outpost that U.S. officials claimed was the key not only to defeating ISIS, but also, according to General Joseph Votel, the commander of U.S. forces in the Middle East, to countering “the malign activities that Iran and their various proxies and surrogates would like to pursue.” You know, that al-Tanf.

Within hours of President Trump’s announcement of a withdrawal of U.S. forces from Syria, equipment at that base was already being inventoried for removal. And just like that, arguably the most important American garrison in Syria was (maybe) being struck from the Pentagon’s books — except, as it happens, al-Tanf was never actually on the Pentagon’s books. Opened in 2015 and, until recently, home to hundreds of U.S. troops, it was one of the many military bases that exist somewhere between light and shadow, an acknowledged foreign outpost that somehow never actually made it onto the Pentagon’s official inventory of bases. 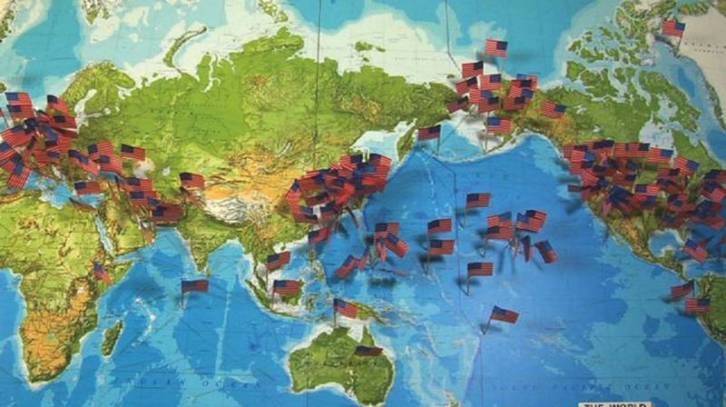