On June 8th 1967 the United States Navy intelligence ship the U.S.S. Liberty was attacked in international waters by aircraft and vessels belonging to Israel. Thirty-four sailors, Marines and civilians were killed in the attack. The deliberate Israeli air and sea onslaught sought to sink the clearly identified intelligence gathering ship and kill all its crew. It was in truth the worst attack ever carried out on a U.S. Naval vessel in peace time. In addition to the death toll, 171 more of the crew were wounded in the two-hour assault, which was clearly intended to destroy the intelligence gathering vessel operating in international waters collecting information on the ongoing fighting between Israel and its Arab neighbors. The Israelis, whose planes had their Star of David markings covered up so Egypt could be blamed, attacked the ship repeatedly from the air and with torpedo boats from the sea. When one Israeli pilot hesitated, refusing to attack what was clearly an American ship, he was instructed to proceed anyway.

One thought on “The USS Liberty Wins One!” 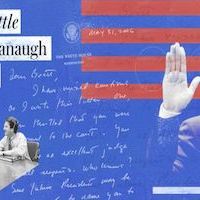