This Saturday in Oklahoma City, Republicans from around the state will gather to talk about important issues, discuss strategies to defeat Hillary Clinton in 2016, and to elect a new Chairman for the Oklahoma Republican Party. 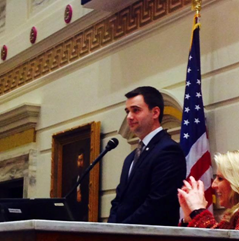 I have known Randy Brogdon for many years. Randy has been someone that, through the years, was always willing to sit down and talk with me, even before I was elected to state office. Randy really set the example of what it means to be a citizen legislator. He was never afraid to do the right thing, even when it may have been unpopular. Even today I see the impact of the legislation he enacted. His attempts to get the government back to its proper role and limit its size in order to protect the people’s rights are still evident.

Randy brings important lessons of leadership to the table. He understands that a good leader is one who listens and empowers others to succeed. His dedication to service will make him the kind of chairman who invests in open communication. People want to be involved in the process when they feel like they are being heard and respected and I believe Randy will bring that kind of environment to the State Party.

Now is the perfect opportunity for our Oklahoma Republican Party to grow its activist base. With a Presidential election right around the corner and a fight against Hilary Clinton already underway, it is essential that we have an OKGOP Chairman who will bring in new members and create a framework for them to become invested in the party. This is important not only to defeat Hillary, but it is also important for the preparation of the 2018 elections which will bring our OKGOP a new crop of statewide nominees. I trust in Randy Brogdon to prepare us for these battles by bringing the factions of our party together and by building upon our existing strengths. 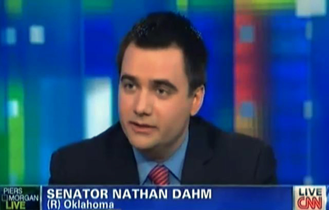 Beyond the catch phrases and elephant icons, the Republican Party means something. It is the party of the individual, the party of civil liberties, the party of prosperity and the party of opportunity. So often these ideas get lost in faction battles and internet debate. In Randy Brogdon, we will have a chairman that can articulate the wonderful message of our Republican Party to minorities, millennials, Independents, and beyond. He can articulate those principles because he lives them. It is at his core to promote limited government, lower taxes and the power of the individual. With Randy Brogdon at the helm, I know our Party will be stronger and more unified than ever before.

It is my honor to endorse my friend and mentor, Randy Brogdon for State Party Chairman of the Oklahoma Republican Party. Join me in supporting and voting for Randy Brogdon on April 11th in Oklahoma City.

If you haven’t registered and paid your Delegate fee, you CAN still register and pay the morning of the Convention from 7:00 – 9:00 a.m. Please come early.

Please bring a Photo I.D. ( i.e. driver’s license) with you.

Finding Gems and Sharing Them