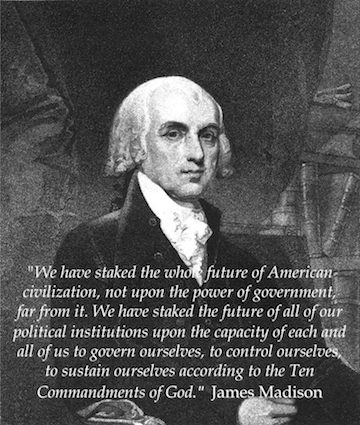 Fellow Michigan Activists,
.
As you can see I wrote the letter below in early March but never sent it because the Delegate Controversy took a priority. However, now I am glad I didn’t send it as another incident involving once again “usual suspects” Randy Bishop, aka “Trucker Randy” has surfaced (with buddy Doug Sedenquist of the Delta Area Tea Party Group in tow) and joining is R. Al Bain who ran against Richardville in the 2010 Republican primary for the 17th District seat.
.
Lets’ be clear, this isn’t about Randy Richardville’s fitness or lack of to hold office or those who are in collusion with him, this latest incident is about the same characteristics of the Delegate Controversy, the lack of ethics and principles.
I first heard about this incident yesterday when I was called by the editor of a widely read News Service asking my opinion. The incident in a nutshell is that Randy Bishop sent Michigan Senators a letter blackmailing them into forcing Randy Richardville to resign by “going public” with a story about rumors of Richardville’s infidelities. Quoted from a local News Source…. Bishop said he sent the e-mail based on “rumors” he heard in Richardville’s home district that he felt the senators should know.
.
The e-mail “Trucker” Randy Bishop and Al Bain send is HERE  R. Al Bain even goes so far as to blame Mrs. Richardville for Randy Richardville’s rumored infidelities!  “…Mrs. Sarah Richardville I believe that some of the responsibility falls on her because she has chosen to ignore her husband’s infidelity for a number of years.“
.
Ladies and gentlemen some of the secondary repercussions of this kind of behavior are:
.
.
However the essential point I am making here is the same as the March 1st letter below:
If we allow this type of tactic to go unrecognized and unchallenged how does that make us any different from those we say we oppose? (Randy Richardville and co-horts in this case)So the fundamental question is: Is it merely about a race, a candidate or issue, or about ethical principles, and how people conduct themselves and basic human decency necessary to a civil society?
.
I personally and Grassroots in Michigan as an organization disavows this kind of behavior and tactic. Neither I nor Grassroots in Michigan as an organization be involved nor associate with these individuals or “partner up” or promote with any Group, organization or candidate that condones this behavior and/or has these individuals as active participants.
.
It’s past time to throw down the gauntlet and take a stand for ethical principles and actions and I will even if I stand alone
.
Nevertheless, I urge my fellow adherents in the movement to join me
Joan Fabiano
3-22-12
===================
March 1, 2012
.
Fellow Michigan Activists,
.
First of all some background for those of who are not aware of the actions that have transpired this past weekend, I want to give you a short explanation…. The Chicago Tribune picked up a quote of mine.I was not aware of it until being informed on my Facebook wall by a Doug Sedenqist. I then took a look at the article and found this comment by a Tim Bos, whom I do not know nor have I ever met.

(Larger Image HERE)
.
Tim Bos describes himself as a “Grassroots Coordinator” for Michigan Freedom To Work.His comments are eerily similar to “Trucker” Randy Bishop comments on my Grassroots in Michigan Facebook Group before the post was deleted by Randy Bishop

(Larger Image HERE)
.
Randy Bishop currently works for Mr. Gary Glenn’s campaign.(I have now blocked “Trucker” Randy Bishop, Tim Bos and Doug Sedenqist on Facebook)
The reason I am writing this letter to activists around the state is to point out the biggest elephant in the room, which I believe is a monumental problem; a lack of principles, unethical conduct, and a failure of our side (Tea Partiers, Conservatives) to self-police.
I am not speaking of heated political argument (which I readily admit to!) but the “politics of destruction” employed by those claiming to be “on the same side”; deliberate tactics of malicious falsehoods, character assassination, and slander – aimed at extinguishing an alternate viewpoint, concerns about an organization, forwarding an agenda or for merely asking questions.
.
Deplorably, this behavior has escalated particularly – but not limited to – Facebook. Another disturbing element in these incidents is that all the perpetrators are men, focusing their attacks on women as I am not the only one to be victimized by this behavior.If politics is “dirty” it is because people chose to make it so.If we allow this type of tactic to go unrecognized and unchallenged how does that make us any different from those we say we oppose? (Randy Richardville in this case)
.
So the fundamental question is: Is it merely about a race, a candidate or issue, or about ethical principles, and how people conduct themselves and basic human decency necessary to a civil society?

The specific issue in this case is MI4CS. However, what will it be tomorrow and whom will be the targets of such tactics?   If allowed to go on unfettered, tomorrow it could very well be your viewpoint, your questions, and with you as the target. Furthermore, if we “partner up” on endeavors with those guilty of such tactics with full knowledge of their behavior, then we become complicit enablers, perpetuating the abusive tactics.

It is past time to call out those employing these tactics, to demand the same accountability of ourselves as we do those “on the other side” and to liberate ourselves from those who refuse to abide by moral principles of conduct in their treatment of others.

I call on Mr. Gary Glenn and Mr. Terry Bowman (organizer of Michigan Freedom to Work and Union Conservatives and ) since now known, to publicly disavow the comments and conduct of those in their organizations, Randy Bishop and Tim Bos and ask for their resignations.

And that by these actions Mr. Glenn and Mr. Bowman join those who believe that the real issue IS the moral principle of how people ethically conduct themselves.

Additionally, and in a larger sense it is appropriate to consider that our nations ills are not big government, but the lack of ethically principles that has lead to big government and all it’s implications.“America is like a healthy body and its resistance is threefold: its patriotism, its morality and its spiritual life. If we can undermine these three areas, America will collapse from within.” Josef Stalin“Our Constitution was made only for a moral and religious people. It is wholly inadequate to the government of any other.”  John Adams

“The Lord searches all hearts and understands all the intent of the thoughts.”
1 Chronicles 28:9
Sincerely,
Joan Fabiano
Organizer, Grassroots in Michigan