This video was uploaded by vincewadeusa1 on Aug 4, 2011

Gov. Rick Perry of Texas has some explaining to do about his role in the Chinafication of America.

Hard to ‘like’ it but certainly something people need to be aware of — many in Texas know first-hand about the land grab schemes for the TTC, but others may be caught up in the current Fox rhetoric of their globalist money backers like Rupert Murdoch promoting the Texas governor. Yes indeedy this fellow has a lot of explaining to do!

It is estimated that over 25k people attended his prayer rally in Texas this weekend.

My question is this:

“Will Christians be deceived about, Rick Perry, just like his predecessor, George W. Bush, or will they wake up and recognize the congressman in Texas who has been telling them the truth for over 30 years. The scales need to fall off our eyes. We need to recognize men of truth and backbone among us like Ron Paul rather than pretty boys with slick tongues and lots of media and money backing.” 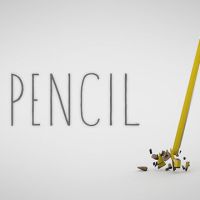