I Found a little Gem for you and am hoping that R3publicans will share not only the video but also promote Freedom Watch and engage in the most important debate of our time.  Will the Republican party embrace the concept of less government; constitutionally limited moral government?  Will we become a part of the solution or disappear into oblivion.  It will take moral courage and backbone because of the failure of so many to do so over recent decades.  However,  we will have lots of opportunities to model with our lives and our standards in our homes and our communities as we go forward.  The debate must continue and people must make difficult lifestyle choices as our nation moves into bankruptcy (or actually admits that we as a nation are already there).  People like Southern Avenger are trumpets in our time and sounding the alarm.  Judge Andrew Napolitano is facilitating the debate and giving leaders a place to go head to head on the important matters facing the nation.

Yes, he is ready for prime time!

For Life and Liberty
Sandra Crosnoe 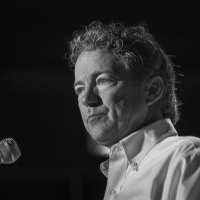