[1:11AM 06/09/10 Reposting with Editor’s note:  Congratulations just sent to John Dennis on his primary win – see his facebook page since the MSM is not giving timely results on this wonderful victory!]

John Dennis, an accomplished businessman and entrepreneur, has been a pro-liberty Republican for a quarter century.

Born in Jersey City, the son of a longshoreman and a city hall clerk, he grew up in one of the city’s toughest public housing projects.

After graduating from Fordham University with a degree in business administration, John co-founded Humanscale, which became one of the world’s top 10 design firms, specializing in office ergonomics.

He is the founder of the San Francisco chapter of the Republican Liberty Caucus and currently the head of the Campaign for Liberty San Francisco.

John is a board member of the Republican Liberty Caucus California, has served as an alternate on the San Francisco Republican Central Committee and is a member of the National Rifle Association.

In 2008, he served as Phonebank and Get Out the Vote Director for the Ron Paul Presidential campaign in San Francisco.

John, his wife Heather and daughter Devan, make their home in the Pacific Heights neighborhood of San Francisco.

One thought on “California: John Dennis ready to take on Pelosi!” 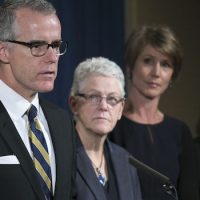