Kevin Elliot of LA came up with a beautiful idea regarding the President’s address to schools. A Parent Approved Skip School Day!

Included below is part of the official announcement by the White House regarding the intended address and the letter that Kevin will be sending to his child’s school principal.

He offers the letter as a template for anyone who wishes to use it. I have included the link to his site, below.

If you tweet about this, be sure to include the hashtag #pass !

We will be keeping our children home in an act of civil disobedience.

We understand that Arne Duncan of the U.S. Dept. Of Education has encouraged you, your teachers, and students to join in watching the President deliver an historic address on Tuesday, September 8, 2009. Ed.gov has also provided classroom activities in connection with the President’s speech.

We, the Parents, are keeping him home in an act of civil disobedience. We wish to make it clear to you, your staff, other parents, and (most importantly) our child, that we do not support this President or his radical leftist agenda.

Please know that this will not be a “day off” for our child. We are going to spend some time on the following subjects:

U.S. History
Our Constitution – Divinely inspired charter of freedom or flawed document that limits the Government’s ability to dispense justice?

Economics
Stimulus – What does a Trillion dollars look like? Also, how does a country get out of debt by borrowing more?

Science
How is man made global warming producing cooler temperatures and growing icecaps? Also, who would profit most from Cap & Trade? (hint: _________-D)

Social Studies
What type of government tries to make everyone equal by “spreading the wealth around”?

After lunch we will take a field-trip the WW2 D-Day Museum in New Orleans to recognize the sacrifices of America’s fallen heroes and celebrate the last time Americans fought against fascism.

If you wish to discuss our position on this issue please don’t hesitate to call. If you would like to know why we are resisting Obama, his Czars, and the Progressive movement , the following resources will provide a starting point. 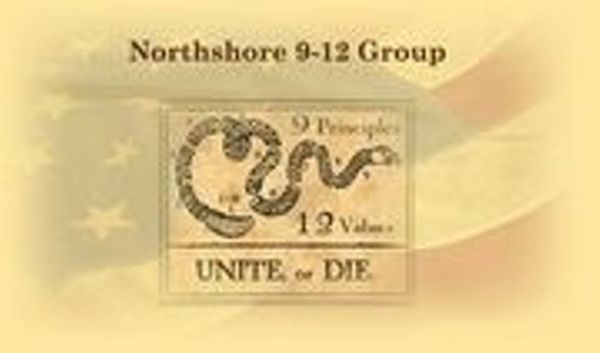 The Northshore 9-12 group is made up of Glenn Beck fans and others who love our country and believe in it’s greatness. We are a non-violent, non-racist, non-political group, a…

Check out this Meetup Group →

Thank you in advance for understanding the difficult position the President has put us in by attempting to interject himself into our children’s lives in the classroom setting. I hope that MJH will show tolerance of our capitalist, conservative views by allowing us to “opt out” of this, and future addresses.