Congratulations to Gary Jones and Angie LaPlant on their win at the 2009 Oklahoma State Republican Convention!  Yes, I supported Cheryl Williams and was sorry to see her lose, but I am sure that in the effort to keep all factions of the party involved and included that she will rise to even greater opportunities within the party structure.  She is so articulate and works well with everyone.  What a gracious speech after the decision of the body!  It will be very telling about the rhetoric from the podium to see what significant post she is offered in the party in the next few weeks.

Grassroots leaders breathed a collective sigh of relief that the party has now chosen to run things from the top down rather than implement the caucus as proposed.  After all it is a lot less work for us to simply let the party hierarchy decide who our candidates will be.  No need for grassroots activists to engage in the party efforts,  we’ll get our voting instructions when we show up at the next district convention.   Worked out really well for us last time with McCain now didn’t it?!

Now those of us in the grassroots side of the equation can get back to what we do best – mobilizing people on issues.  Don’t tell anyone, but our numbers are growing and we are up from the last cycle in a non-Presidential year.  The proposed GOP platform was improved and strengthened by the delegates on the floor.  So the conservative base of our party is still present and strong and growing.

Just for the record, can anyone tell me if the same lists that Gary Jones had access to were made available to his vice chair Cheryl Williams for the campaign for chair?   I am sure that in the future the GOP HQ will make access of party data available to all Republican candidates equally and fairly just like they have in the past.  If anyone on the executive committee has any concerns about this, I suggest that the executive committee actually take steps to run the party like it should; openly, transparently, and fairly so that all Republican candidates have equal access to party data.

Some among us keep reminding everyone of those pesky ‘little’ bailout votes.  I keep suggesting to those who cast them to apologize and show us how to cut spending by leading the way.  Repentance and being sorry actually involves a turning from a bad way.  So you know when someone is really sorry by his/her current behavior!  Rolling back government should be easy so show me some regulations thrown out and taxes cut and spending eliminated and departments shut down and payrolls reduced and operating budgets cut and bailout money declined . . .

We really do need to get back to basics.  I suppose that there is always hope!

For Life and Liberty, 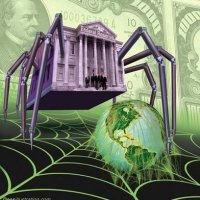